GoHikeAlps in the French Alps 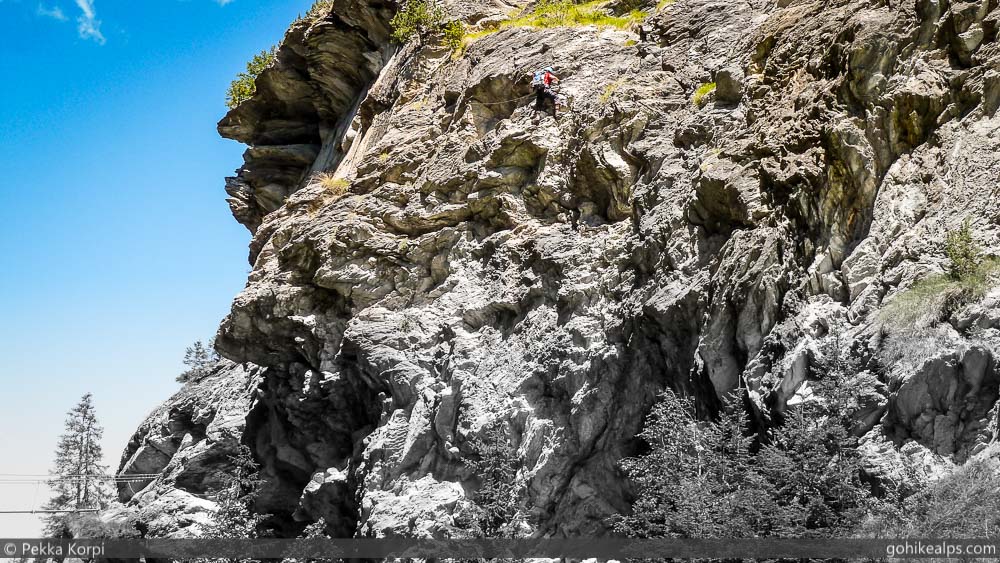 GoHikeAlps does the French Alps! Well, so far in a limited fashion but I expect much more so in the future.

For some reason we’ve been in the French Alps more on skis than in hiking boots. Our number of hikes in France is few, so far, but I expect that to change. There is just so much of everything and the atmosphere is different from the German speaking Alpine countries. We’ve done some exploratory hiking trips into Val d’Isere and Meribel. Meribel is in the middle of the world-famous Les Trois Vallées (Three Valleys – check it out on Wikipedia) which is one of the largest continuous ski areas in the world but also a great place to hike. Val d’Isere is another very famous ski area closer to the Italian border, east of the Three Valleys – and another great place to hike. Both are practically in the Vanoise National Park which continues east, over the border to Italy as Gran Paradiso. Together they form the largest national Alpine park of 1250 square kilometers.

In the photo above, I’m doing Via Ferrata du Lac de la Rorière near Courchevel, the easternmost of the Three Valleys. I was told this is considered an “introductory” Via Ferrata to learn what it is about. I’ve been on Via Ferratas before but this was scary as hell as well as beautiful. If you want to try Via Ferrata, this is an excellent start.

There will be posts from France, I promise. Please feel free to subscribe to GoHikeAlps.com to get email notifications on when they appear. The subscription form is on the right hand side!

Pekka is an Alpine Enthusiast both in summer and winter, hiking and skiing as much as possible. He established gohikealps.com to help hikers from around the world discover the Alps - through Inspiration and Advice.

Join our mailing list to get updates from Gohikealps! You'll also get out 1-page printable Packing List for the Alps. It will save you a headache when it's time to go.

Thanks for subscribing - you'll get an email from us soon!