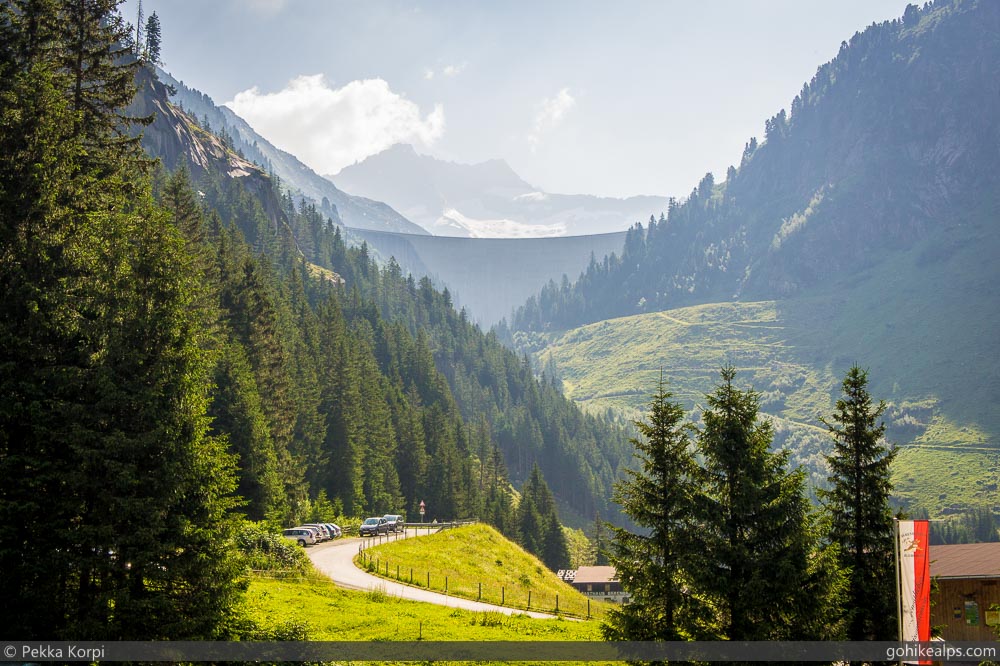 We arrived in Mayrhofen late in the evening and planned to eat well, sleep well and go do a nice, long day hike the next morning. It had been a while since our previous hike and we wanted to do a test run before going on the Berliner High Trail, a demanding multiday hike that we were going to begin in Ahorn the day after. Mayrhofen is very familiar to us from before but we had never been to Zillergrund, the easternmost of the valleys around Mayrhofen. We decided to go there and planned to just do a little roundtrip from the reservoir (Speicher Zillergründl) up to Heilig-Geist-Jöchl on the Italian border and back. Heilig-Geist-Jöchl, by the way, is Forcella di Campo in Italian maps. 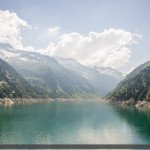 Speicher Zillergründl from the Dam 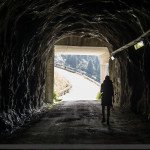 Hike starts in a tunnel… 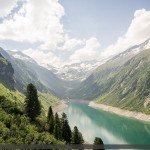 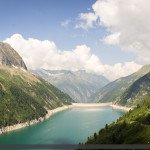 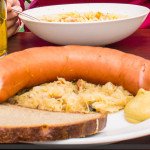 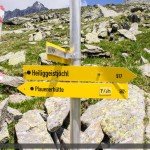 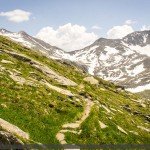 Zillergrund is a valley lying east of Mayrhofen, extending all the way to the Italian border at the south end. There is a beautiful reservoir, Speicher Zillergründl, quite high up that supplies water to the hydro power plant down in Mayrhofen. There’s limited traffic in the valley and a road toll of €7.60 for a car when we went. If you’re doing a shorter trip, for example just up to the Plauener Hütte and back, taking a bus from Mayrhofen is probably the easiest way to go.

We had a rented car and to make use of it decided to drive it up the valley. Another reason was that we didn’t really know how long our walk would take. This turned out to be a good idea since it took much longer than we thought and there would not have been a bus to take once we got back down.

We found out that we needed to park next to Bärenbadalm, well below the reservoir. There’s impressive views of the dam from below but to get there is quite a climb. We decided to save our strength and took a bus from Bärenbadalm to the dam. This, of course, was the same bus could’ve taken all the way from Mayrhofen.

The reservoir is at 1850m (6070 ft.) and Heilig-Geist-Jöchl at 2658m (8720 ft.), so looking at the height difference alone, this did not seem overly strenuous. It’s very easy to do a small detour and go to Plauener Hütte at 2364m (7756 ft.). We figured this would be a nice place to have lunch since between the Plauener Hütte and the Italian border is nothing but the trail.

Up to the Plauener Hütte

Once we were off the bus, we spent some time admiring the beauty of the place. Excellent views from the dam to both directions and our first day in the mountains after a long period away got us very excited! The walk begins up a road that dives into a tunnel right at the dam. It was a weird feeling to start a hike in a tunnel, especially on a beautiful, sunny day. It was big enough for a truck, though, so there was nothing exotic about it. After the tunnel, the road continues on the side of the reservoir all the way to the other end. We didn’t want to walk on the road so we took the first trail taking us towards Plauener Hütte and off the road.

Even though it was fairly early, lunch at Plauener Hütte tasted fabulous. It’s amazing how great simple food tastes when on the mountain! There were surprisingly many people there and I think a lot were headed to or had come from Krimmler Achental on the other side of the mountain range to the east. Just before reaching the Hütte we witnessed an avalanche just over the trail going that way but apparently nobody was caught in it. It was a good reminder, though, that avalanches do occur in the summer, too.

After lunch we continued on our path to the Italian border. The scenery was, of course, beautiful and the weather was nice with sunshine and a cool breeze. We walked a high alpine path on the side of the mountain for hours before reaching the end of the valley. The path was marked as number 502 and called Hannemannweg but also Drei-länder-weg. There will be crossing paths about 1½ hours from Plauener Hütte with 502 and the Dre-Länder-Weg going left (east on the map) and the path to Heilig-Geist-Jöchl continuing South.

To reach Heilig-Geist-Jöchl, we had to climb up in snow. Later in the a lot of this snow would probably have melted away. It was heavy packed and wet, and the slope was not too steep so we judged it to be safe. I do highly recommend poles for walking the snow, though. The snow did cause following the path to be a little difficult at times but given the good weather and perfect visibility this did not become an issue. In bad weather it might not have been a good idea to go through here. 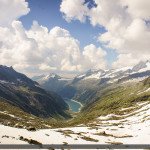 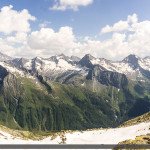 View to Italy from Heilig-Geist-Jöchl 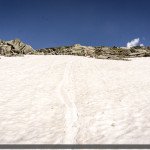 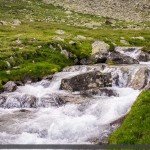 Stream that needed crossing at Zillergrund 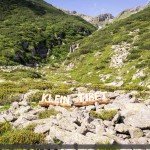 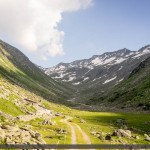 Long Walk Down from Heilig-Geist-Jöchl 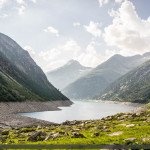 Speicher Zillergründl from the South 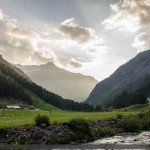 End of the Day in Zillergrund

Heilig-Geist-Jöchl and Going Back Down

Once at Heilig-Geist-Jöchl we were awarded beautiful views to the Italian side of the mountain as well as Zillergrund and the reservoir. The temptation to hike down to Italy and get a pizza was hard to resist but having the car and all our gear in Mayrhofen made the choice to go back where we started easier. Besides, there’s great pizza in Mayrhofen, too! At this point we realized the hike had taken much more time than we had expected and we still needed to get back. After a brief rest we started back down in the snow but instead of going back to the Plauener Hütte, we took another trail (number 517) that took us directly down to the valley.

After a leisurely stroll down the snowy path we came across a small river that needed to be crossed. The water level was fairly high and there was a considerable current, making the crossing with dry feet challenging. I’m not sure if there would have been a bridge somewhere but if there was, we missed it. My wife had wet socks for the rest of the way down…

Just before the reservoir is Hohenaualm. We probably would have been able to get some refreshments there but decided to continue walking – it was really getting later than we wanted. Walking back to the dam on the road was actually a welcome change to the trail since we were getting tired. At this point we had realized that for a first day and to “warm up”, we had overdone it. Once back at the dam, the realization that there were no more buses was not welcome. We faced another hour, at least, before coming down to Bärenbad and our car. By the time we got to our car, it was almost dark.

By the time we got back to Mayrhofen, it was well into the evening and we were starving, not having had any proper food since our lunch in Plauener Hütte. We got pizza (to go!), ate, took a shower and immediately fell asleep. The next morning, despite being soar and tired, we took off to the Berliner High Trail from Ahorn.

To sum it up, it was a very nice hike but we completely underestimated the length of it. This was our first day in the mountains and we were very enthusiastic and full of energy. I suspect this and the fact that we had a 1:50000 map instead of a 1:25000 made me overly optimistic (I’m the one who does the map reading most of the time…).

I think this is a fine day hike but I recommend leaving early in the morning and checking for good weather if you want to do what we did. Looking back, we left a little too late and were caught really close with the dark in the end.

To do this hike