Munich Airport: Best for Tirol and even Südtirol 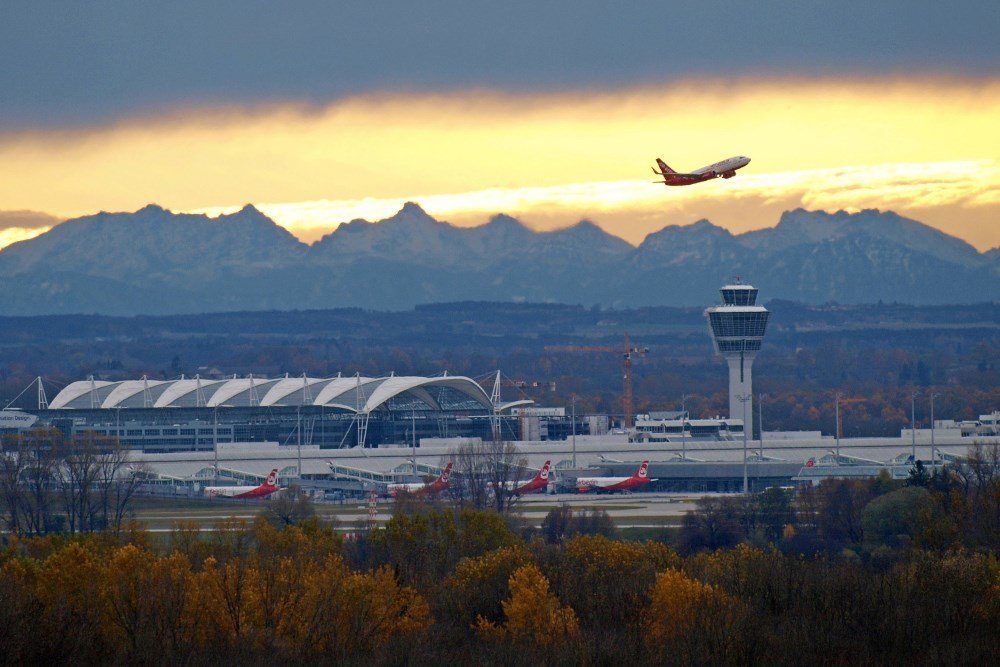 Munich is the one I use most getting to the Alps. It has extensive connections to all over the world and is just a short drive or train ride away from Tirol and the rest of Austria. It’s even reasonably close to Südtirol on the Italian side.

From Munich to the Alps: Tirol and Südtirol 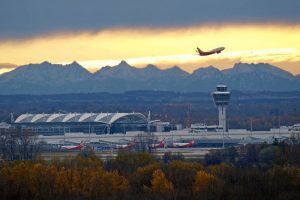 Munich International Airport or Flüghafen Munchen  is in my opinion the best international airport to fly to if you intend to go to Tirol in Austria. And if you’re going hiking or trekking in the Alps, chances are that’s exactly where you want to go! For example, Innsbruck, Mayrhofen, Kitzbühel, Sölden and even St. Anton are all roughly within a 3 hour drive. That’s, of course, with the assumption that you don’t get stuck in traffic: the famous German Stau (that’s a traffic jam) does happen now and then. In any case, the roads are excellent and you’re practically on the Autobahn just as you drive out of the airport.

Munich is also surprisingly convenient if you’re going to Südtirol (South Tirol) or the Dolomites in Northern Italy. Even though there are international airports closer geographically, the excellent roads and other Pros for Munich (See below!) make it a viable option even if it does seem weird flying to Germany and driving through Austria to get to Italy. For example, we drove from Munich airport to Val Gardena in roughly 4 hours for a skiing trip. One summer we drove from Riva Del Garda (at the north end of Lake Garda) to Munich airport in about 5 hours. It was nonstop and quite a drive but there was also considerable traffic.

Even though Venice and Milan are both closer to Garda and Val Gardena (and the rest of Südtirol, for that matter), I would most likely choose to fly to Munich. This is especially true if I wanted to go to Tirol and Südtirol both.

It does happen: Stau on the Autobahn!

The Autobahn is the quickest and most convenient drive, especially if you arrive at night and have to drive in the dark. You may know that for a lot of the Autobahns in Germany there are no speed limits. Driving without speed limits is an interesting experience if you’re not used to it and it takes a little getting used to at first. You can cruise along at 200 km/h (125 mph) or more and find that Porsches and BMW’s are just whizzing by… flashing their lights and honking their horns if you’re in their way!

A word of caution: The no speed limit only applies in Germany and even there only on select stretches on the Autobahns. In Austria, Italy and everywhere else speed limits apply. 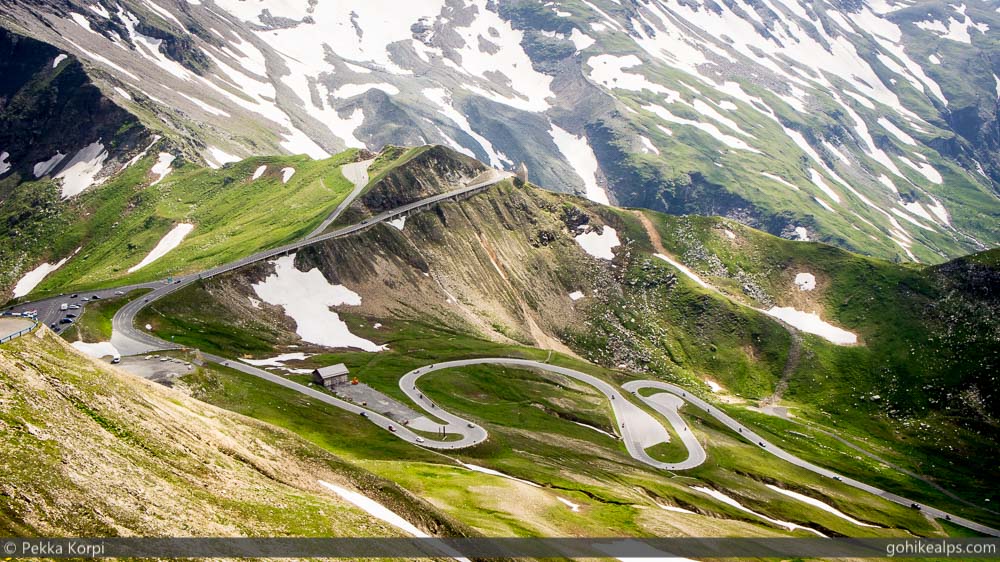 Driving on the mountain roads can sometimes be slow, and there’s often traffic there, too. After a long flight it could be a little heavy. Nevertheless, as long as the weather is nice I really prefer this since it’s pretty sure to get you into a mountain mood no matter how much you did or did not enjoy the flight!

If you don’t want to drive…

… Munich airport continues to deliver. There’s a train station right at the airport. Check Deutche Bahn for train schedules and ticketing info. Depending on where you want to go and what type of trip you’re planning, taking a train might make a lot of sense, e.g. you know you’ll be trekking from place A to place B and don’t want to go back somewhere to get your car. 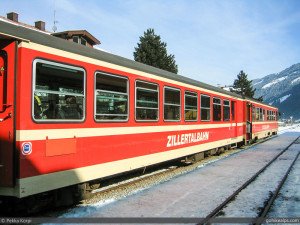 Last leg from Munich to Mayrhofen: the Zillertalbahn

Keep in mind that you’ll most likely need to switch trains once or twice. If you want to get to Mayrhofen, you’ll most likely first take a train to Ostbahnhof on the east side of downtown Munich and switch to another train to take you to Austria. In Austria, you would then hop on the Zillertalbahn – a local train that runs all the way to Mayrhofen.

I like trains and it’s a really nice way to get around in most parts of Europe, the Alps included. I still find myself opting for a rental car most of the time because they’re relatively cheap and I like to explore without being tied to timetables of trains and buses. Also, often there is a lot of stuff to carry and if you’re going into the mountains for several days, leaving your extra stuff in a car is just easy.

And Munich, the city?

Absolutely a great place to visit and I recommend it, if you have the time. 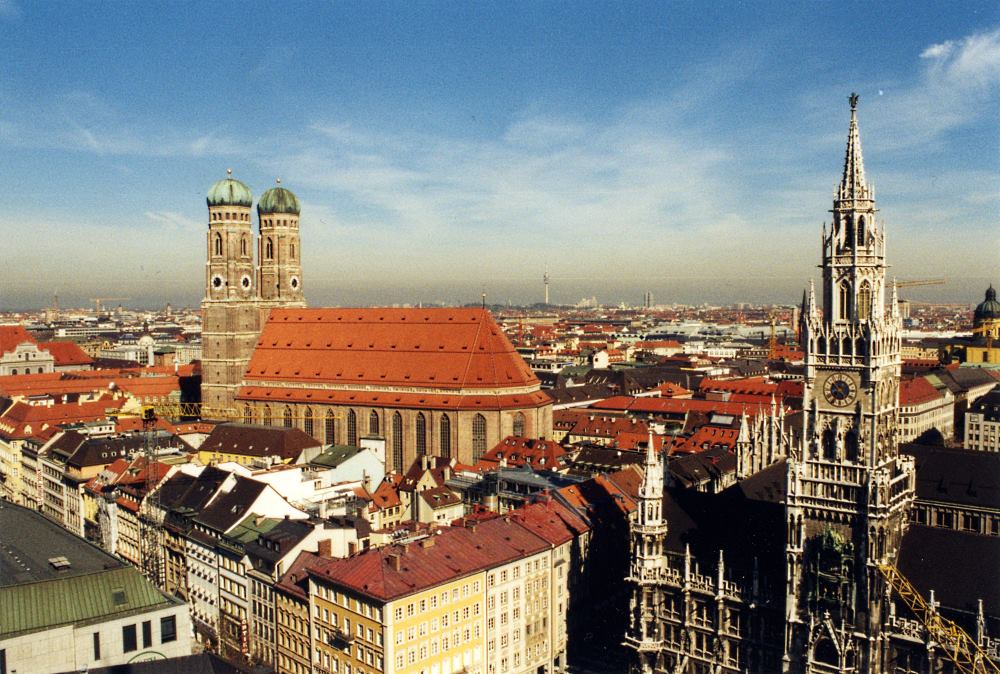 To sum it up – Why Fly to Munich Airport:

Cons for flying into Munich Airport?

What about Innsbruck? It is in the middle of Tirol. 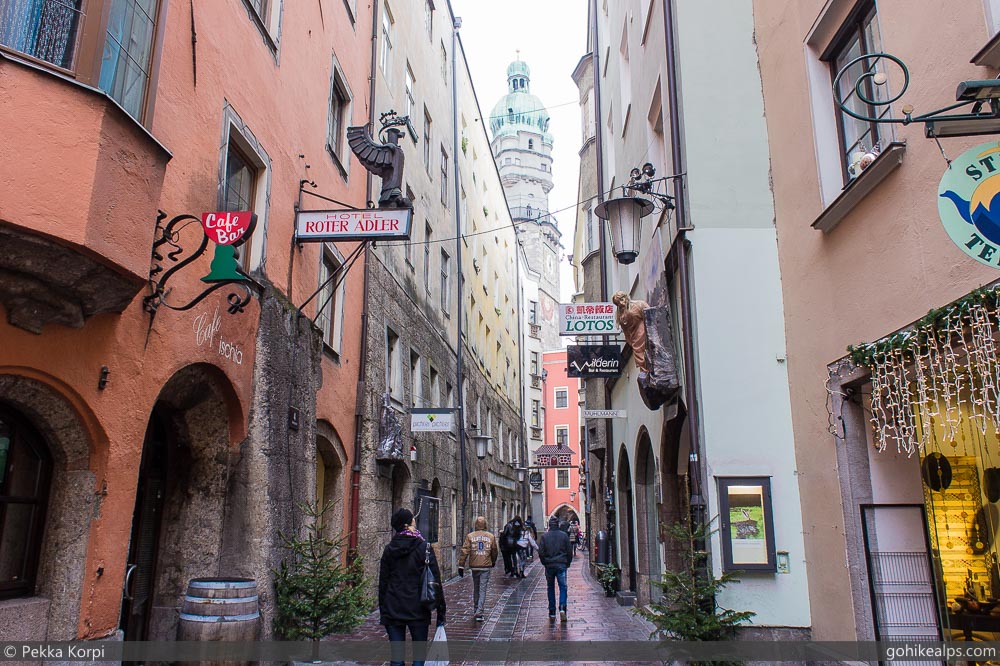 I prefer Munich for the international connectivity and the airport itself. Innsbruck gets a lot of flights from European cities to the point that it is often way too crowded and seriously at maximum capacity. Furthermore, as far as I know, there are no direct flights from overseas. I suspect the airport just can’t handle wide body airplanes because it’s in a narrow valley surrounded by high mountains.

From the U.S. or anywhere in Asia you can most likely get a direct flight to Munich but never to Innsbruck. That means there’s probably a connection in Frankfurt, Vienna, Amsterdam or any of the other major European hubs serving Innsbruck. You’ll end up spending more time flying and waiting at airports so you might as well just fly direct to Munich.

I’d love to support Innsbruck here, but Munich continues to be my favorite airport for accessing Austria and Süd Tirol. Please do comment if you think different!